Nonviolence International Canada is governed by a council of voluntary trustees. 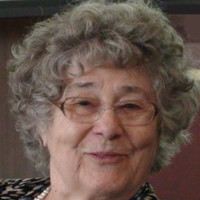 Ms. Metta Spencer Ph.D. is a Canadian sociologist, writer, peace researcher, and activist.  She taught regularly in the University of Toronto’s Peace and Conflict Studies Program, which she founded in 1989 and coordinated until her retirement in 1997. has specialized in peace and war studies, and has been active in the Canadian peace movement.  She was the founding president and director of the Canadian Disarmament Information Service (CANDIS), where she published the monthly Peace Calendar from 1983 to 1985, when the publication changed to magazine format and took the name Peace Magazine. In 2009, Spencer organized the Zero Nuclear Weapons public forum in Toronto, jointly sponsored by four major Canadian peace organizations with which she has been involved since the mid-80s: Physicians for Global Survival, Canadian Voice of Women for Peace, the Nobel Peace Prize laureate organization Pugwash Conferences on Science and World Affairs, and Science for Peace. She also serves on the steering committee of the International Peace Bureau, an organization that won the Nobel Peace Prize in 1910. She resides in Toronto.

Ms. Tsewang Lhadon is the former director of the Tibetan Centre for Human Rights & Demcracy in Dhamamsala, India. She lives in exile in Toronto Canada where she works as a Settlement Worker for Queen Victoria PS. 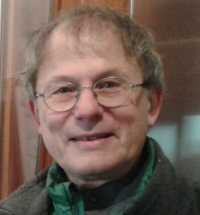 Mr. Yeshua Moser-Puangsuwan is former representative of Nonviolence International in Southeast Asia. He currently works for the research arm of the International Campaign to Ban Landmines. He holds an MA in Peace and Reconciliation, and is a PhD candidate (Peace & Nonviolence). He is also on the international programme council of the Small Arms Survey and serves as a consultant to the International Peace Bureau in Geneva.

The founder of Nonviolence International is Mubarak Awad. Mubarak was born in Jerusalem. When Awad was five years old, his father was killed during the 1948 Arab–Israeli War and he became a refugee in the Old City of Jerusalem. His mother was a pacifist and argued against revenge. He was given the right to Israeli citizenship in 1967 when East Jerusalem was annexed by Israel after the Six-Day War but refused and kept his Jordanian citizenship. He studied at a Mennonite university in the US and then returned to Jerusalem and established the Palestinian Centre for the Study of Nonviolence. Prior to the intifada, Awad published papers and lectured on nonviolence as a technique for resisting the Israeli occupation. He wrote that nonviolence could be used as a means of resistance. The Centre also sponsored a number of nonviolent actions during the early months on the first intifada. Among the tactics employed was the planting of olive trees on proposed Israeli settlements, asking people not to pay taxes and encouraging people to eat and drink Palestinian products. He believed these tactics could be used to resist the Israeli military occupation.  Using this knowledge and his experience, Awad prepared his own “12-page blueprint for passive resistance in the territories,” eventually published in the Journal of Palestine Studies. In 1987, Awad attempted to renew the residency permit he had been issued in 1967. His application was declined and he was ordered to leave the country. Awad claimed that under international conventions Israel did not have the right to expel him from his place of birth and he refused to leave. The Israeli government stayed the deportation order mainly at the insistence of the U.S. In May 1988, Prime Minister Yitzhak Shamir ordered Awad arrested and expelled. Officials charged that Awad broke Israeli law by inciting “civil uprising” and helping to write leaflets that advocated civil disobedience that were distributed by the leadership of the First Intifada. Awad appealed the decision to the Supreme Court. The court ruled against him and he was deported in June 1988.  He founded Nonviolence International in 1989 and lives and works in Washington DC.

Read Peace Magazine interviews by Israeli peace activist Meir Amor  with Palestinian Mubarak Awad regarding nonviolent action in the Intifada in Palestine (2000) and on the topic of nonviolence (2015).